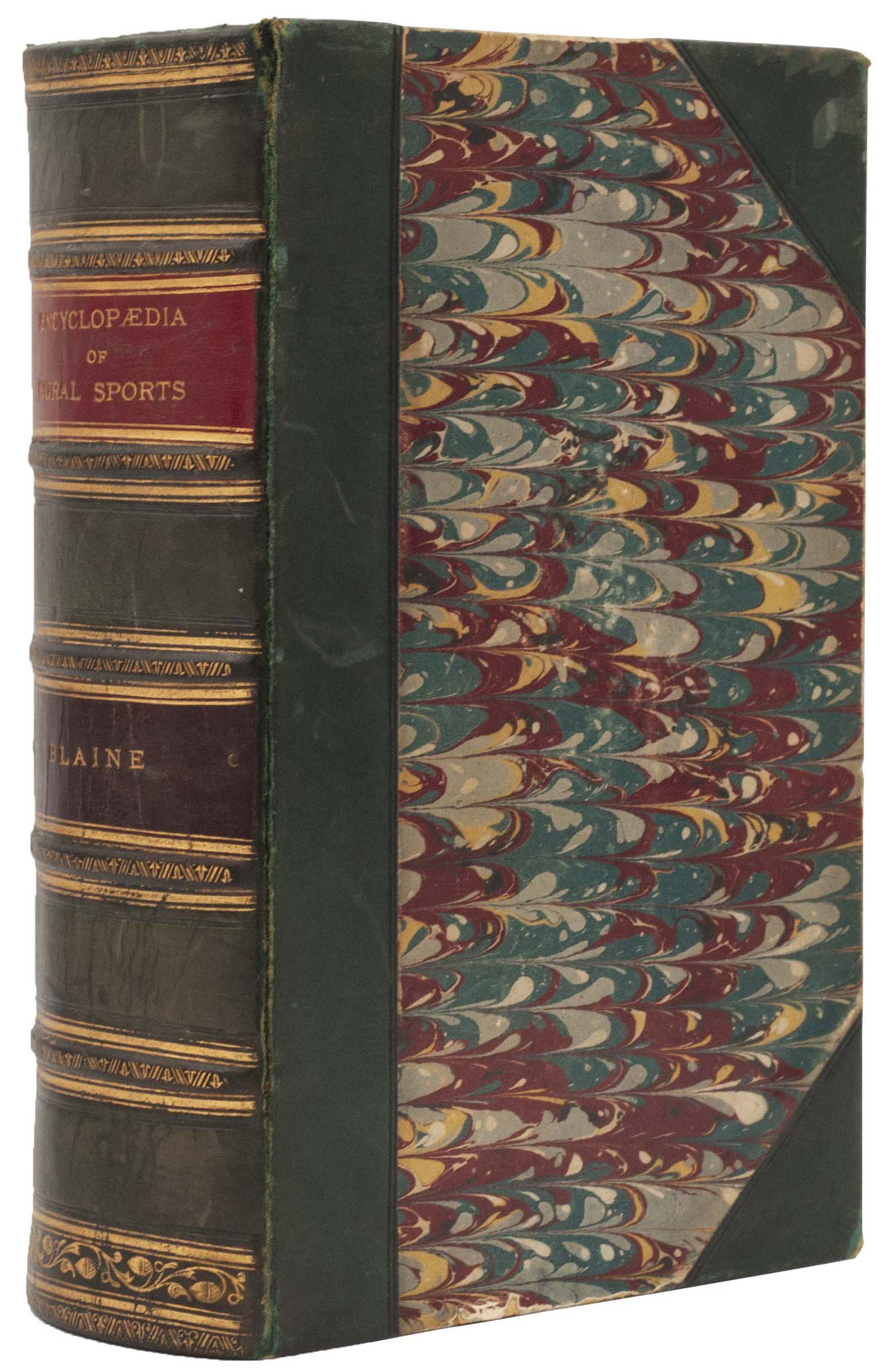 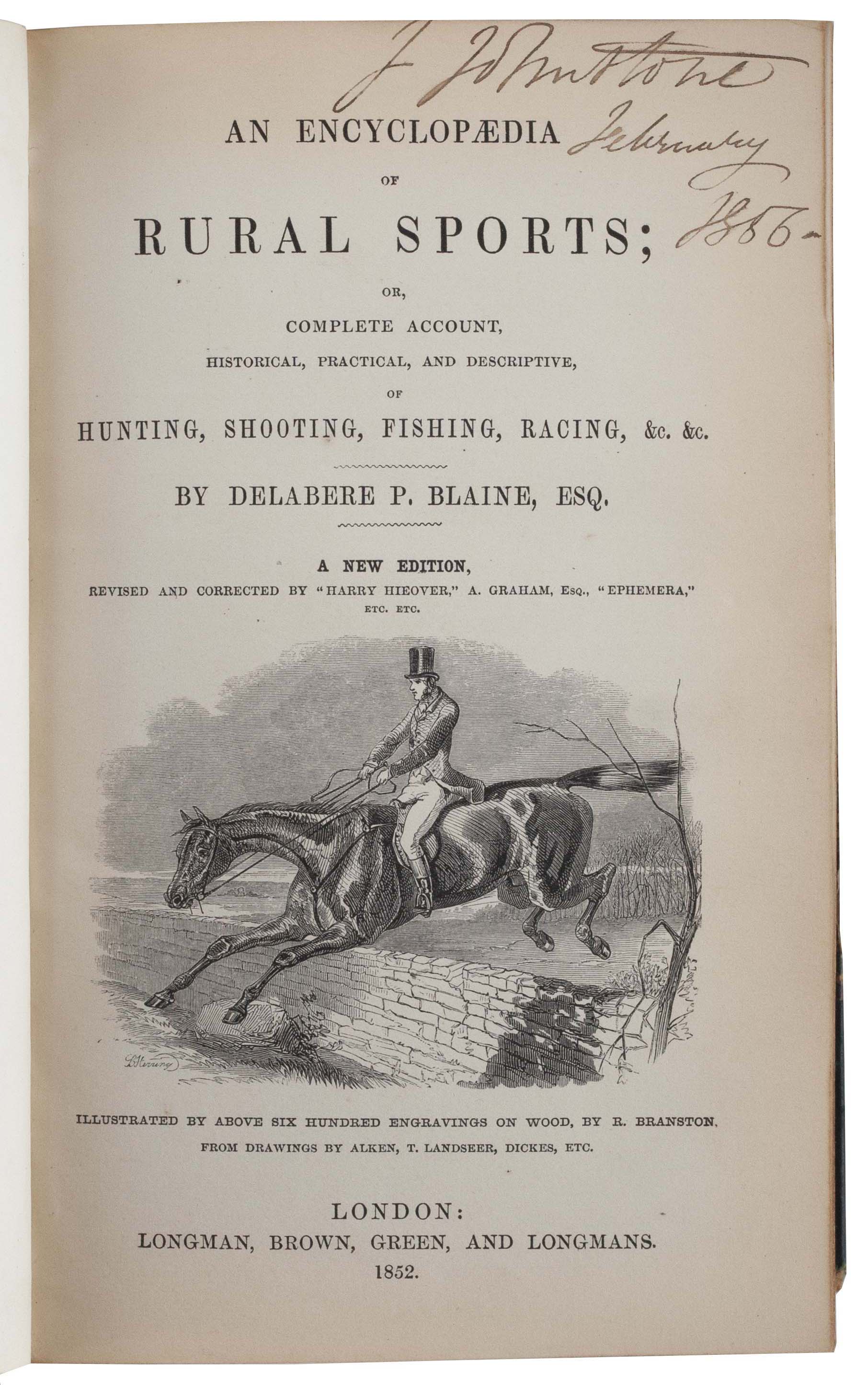 Second edition of Blaine’s comprehensive work on rural sports. First published in 1840, the Encyclopædia of rural Sports marks a considerable departure from Blaine’s earlier scientific texts on veterinary medicine, with sections on the history and philosophy of field sports, and on horse-racing, hunting, hawking, coursing, shooting, and fishing. It is nonetheless a useful guide to all aspects of rural sports.