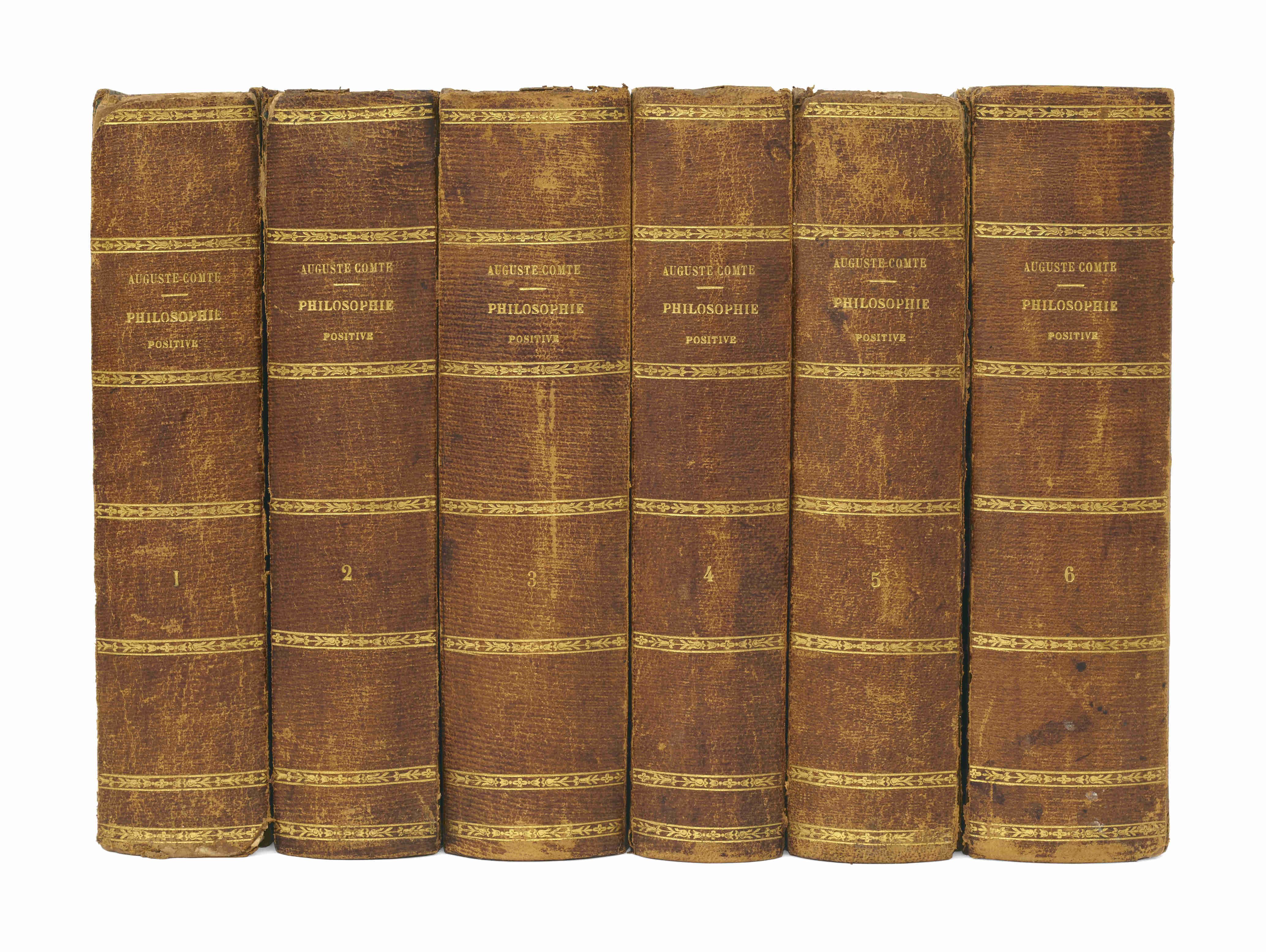 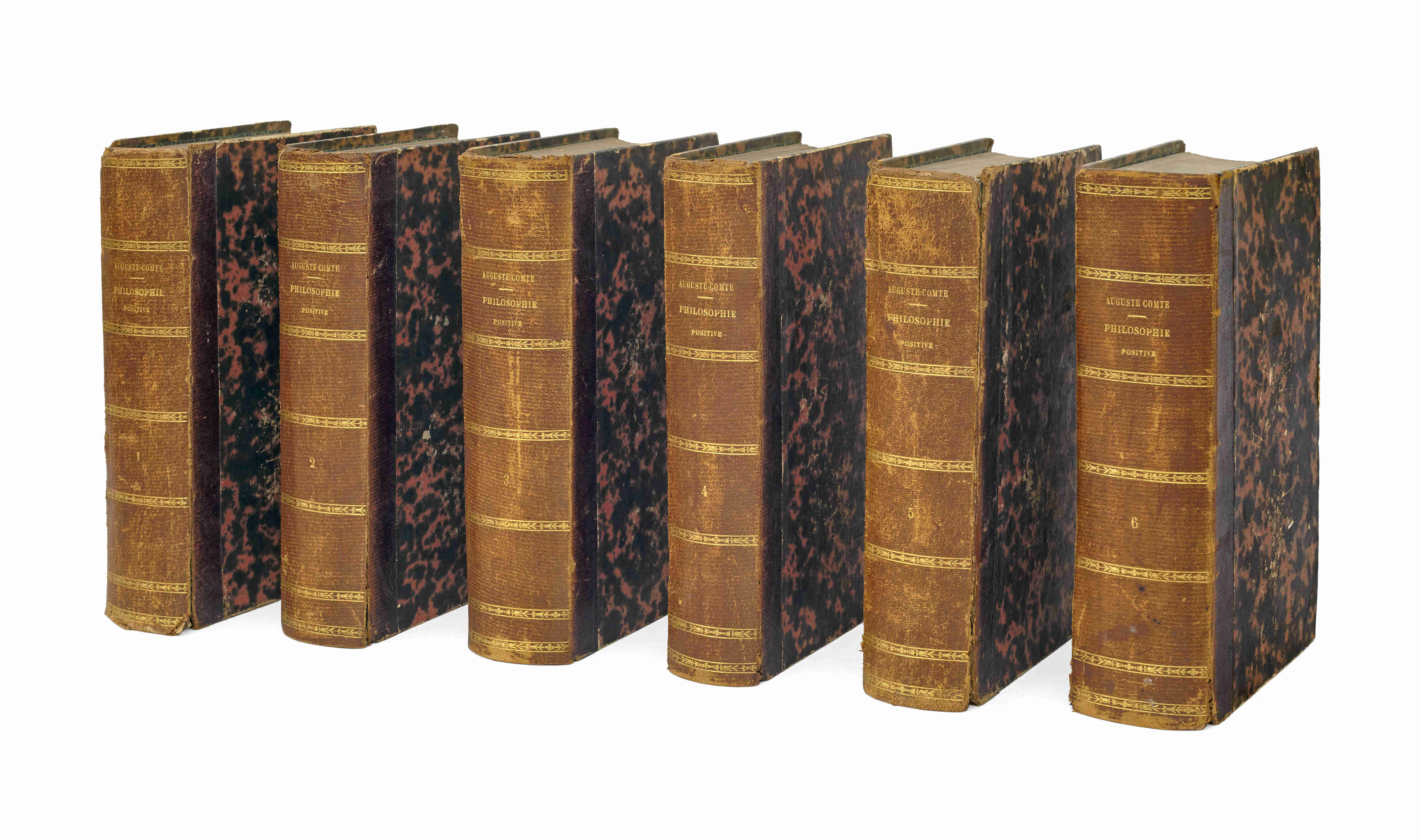 First edition, an attractive set, of Comte’s principal work, the outline of positivism. In the course of six volumes Comte sets out the terms of a new sociology and its status in relations to the other fields of knowledge. In fact it is in the forty-seventh lesson that the neologism ‘sociologie’ as ‘social physics’ is coined. ‘The remarkable achievement of Comte, all arguments about the validity of his theories aside, is the construction of a system which embraces all human activity and knowledge. [It] is still one of the major documents of secular philosophy’ (PMM). PMM 295; En français dans le texte, 245. 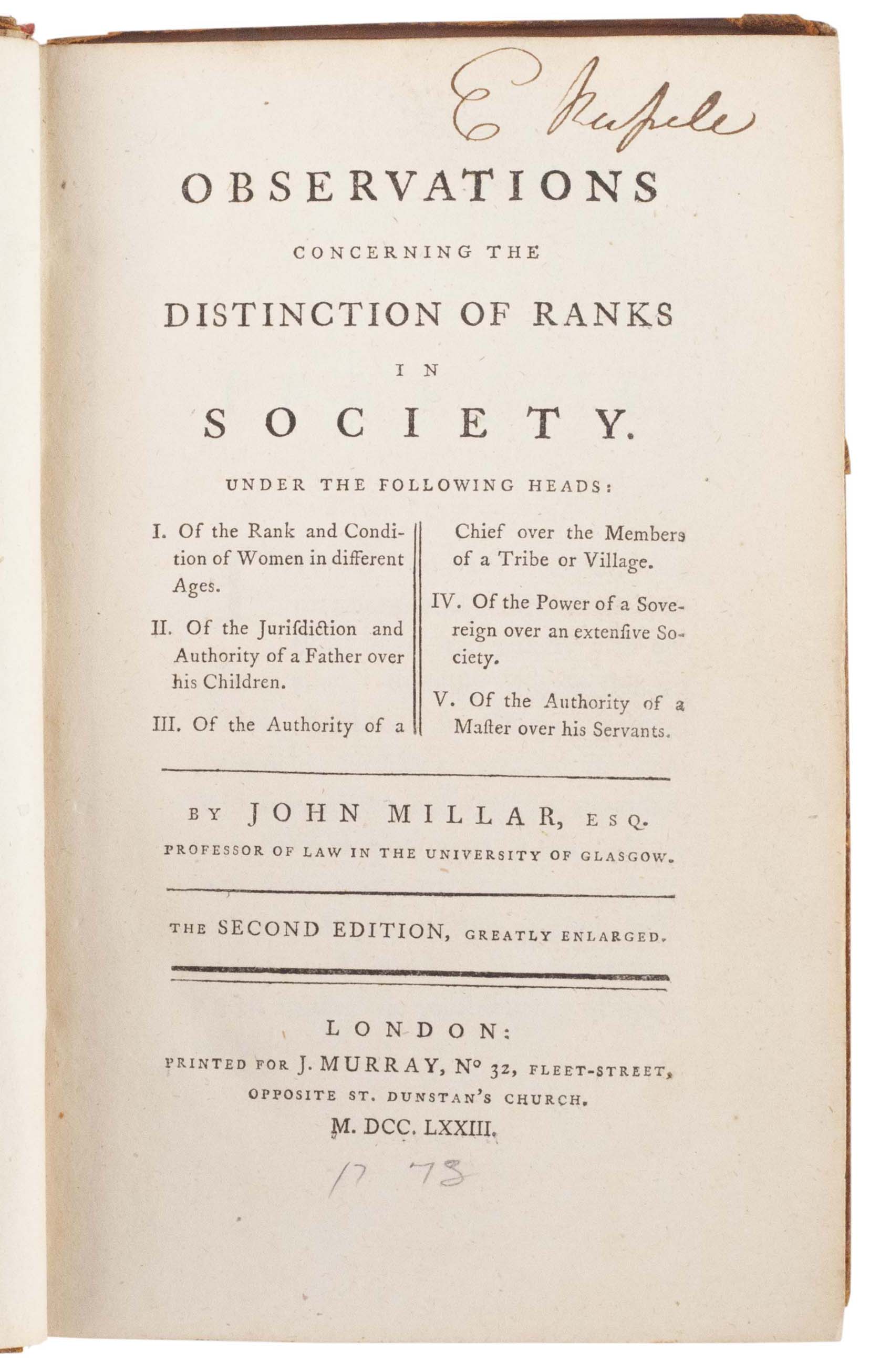 Second London edition, ‘greatly enlarged’, first published 1771. The first section of Millar’s book is a study of matrilineal ‘savage’ societies, in which early social development counts most when it comes to kinship with the mother, is remarkably prescient (see Morgan, Systems). Millar uses the ‘four stages’ theory that was the cornerstone of the Scottish Enlightenment, derived from the writing of Hume and Adam Smith, with whom Millar was a close friend. This posits a social development dependent on the cultural effects of economic relations, i.e. the development of hunting, property, agriculture and commerce, rather than the accidents of climate. Millar’s study of the unequal treatment of women clearly uses this four stages narrative in its comparative study of a number of cultures, including that of the Ancient Greeks. The last section addresses slavery, to which Millar was opposed.