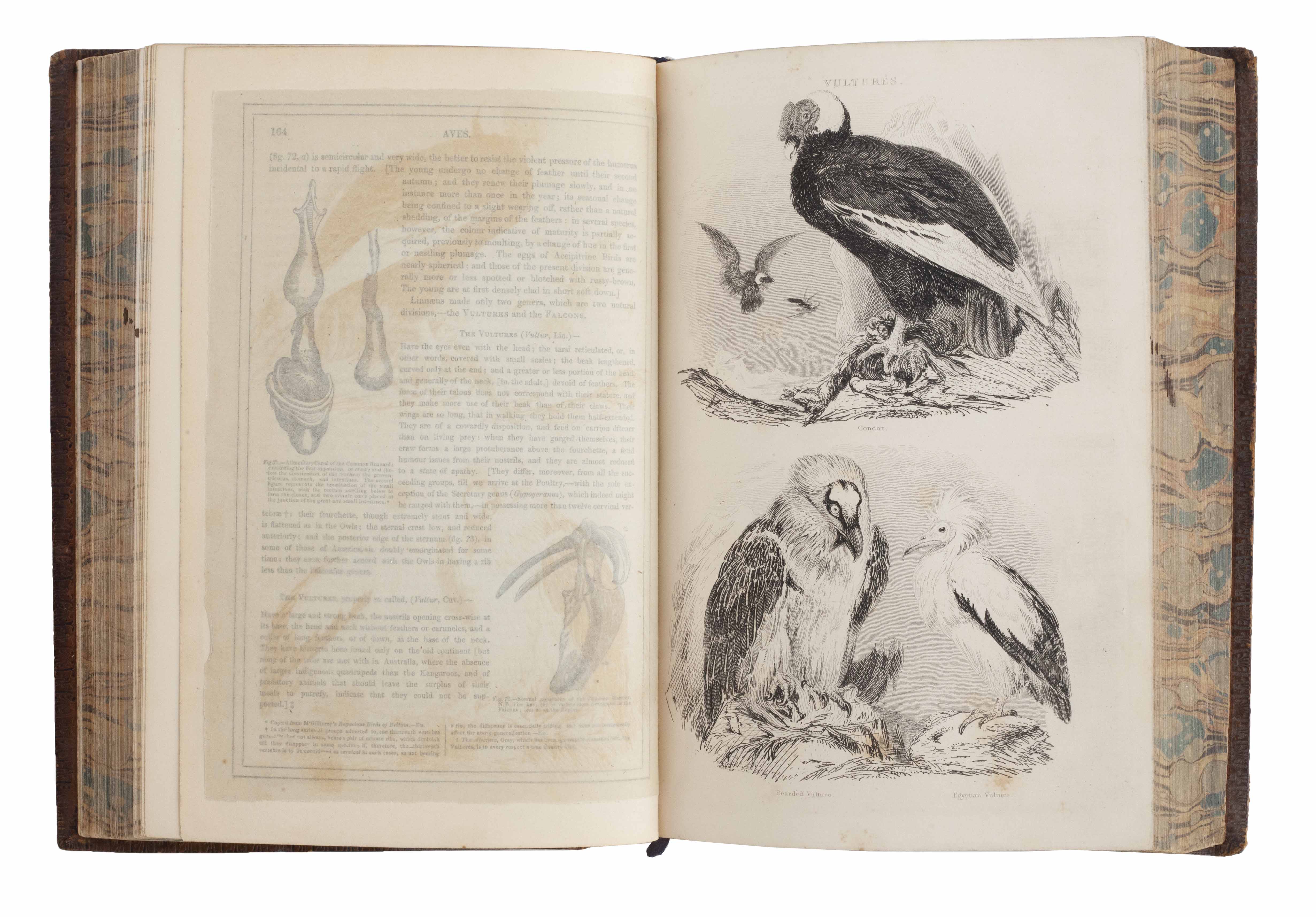 Added to your basket:
The animal Kingdom, arranged after its Organization, forming a natural History of Animals, and an Introduction to comparative Anatomy … translated and adapted to the present State of Science … a new Edition, with Additions … illustrated by three hundred Engravings on Wood and thirty-four on Steel. London, William S.

Third Blyth edition of Cuvier’s Règne animal. A seminal work of natural history and comparative anatomy, the Règne animal was first published in December 1816 and translated into English in parts issued from 1824 to 1835. The work was edited and enlarged in 1840 by the zoologist Edward Blyth (1810 – 1873), with essays by Mudie, Johnston, and Westwood.