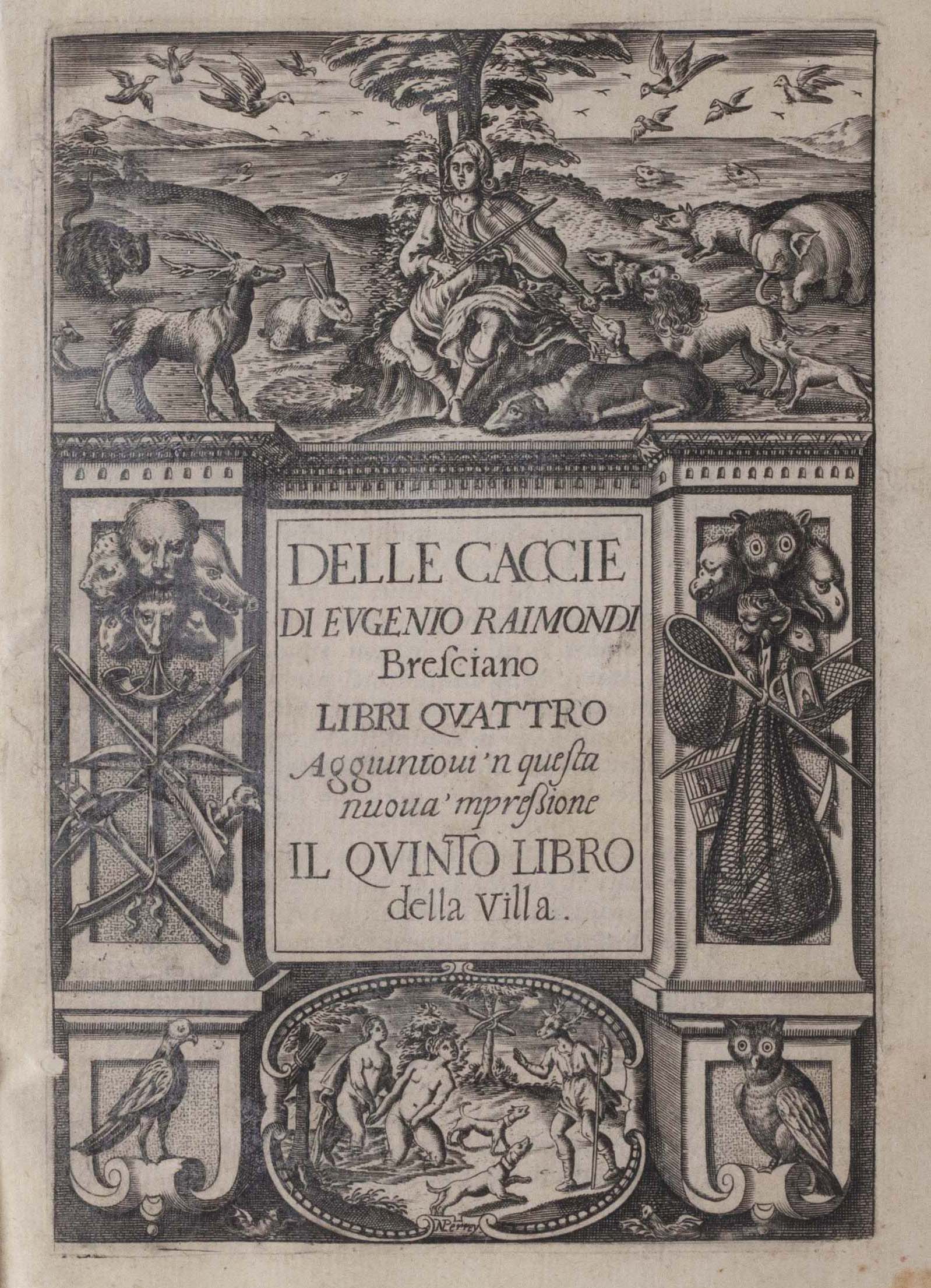 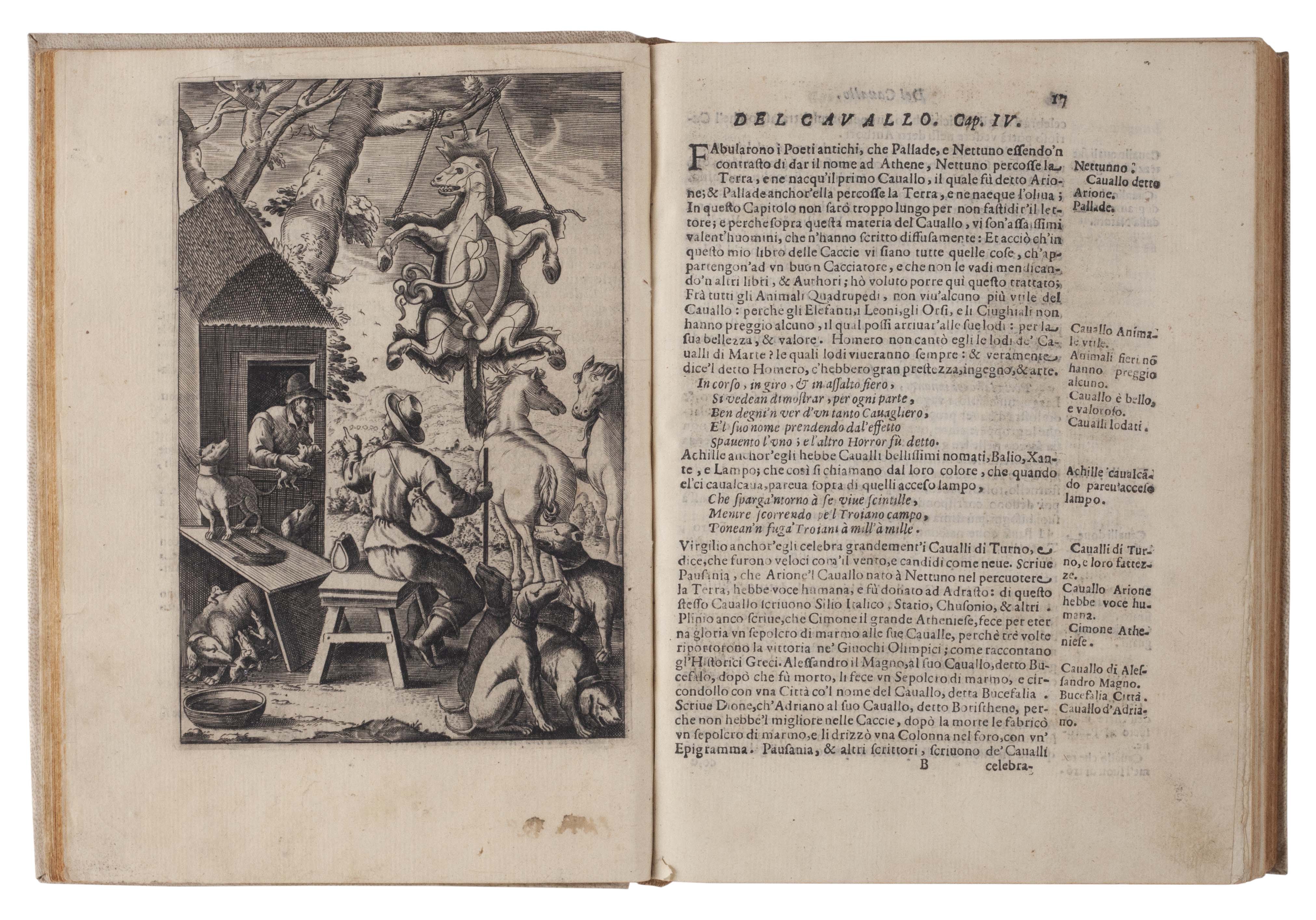 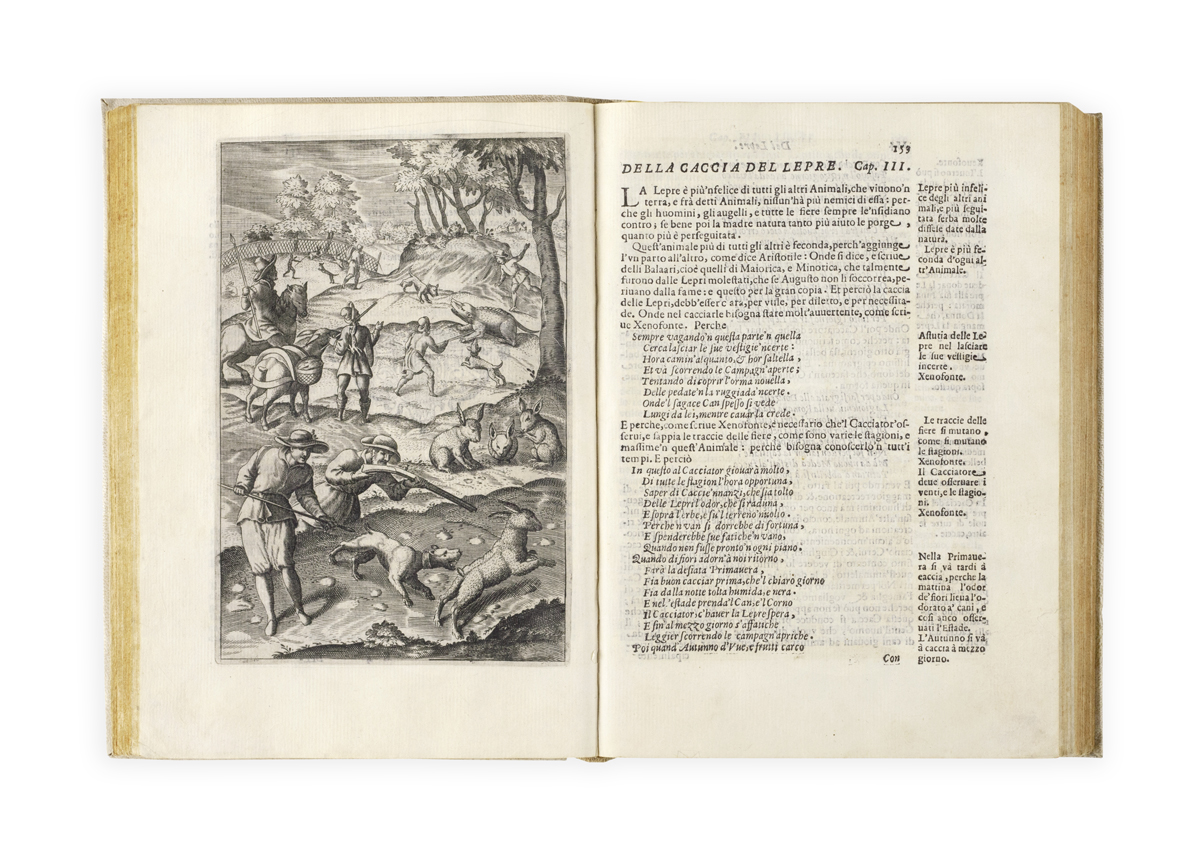 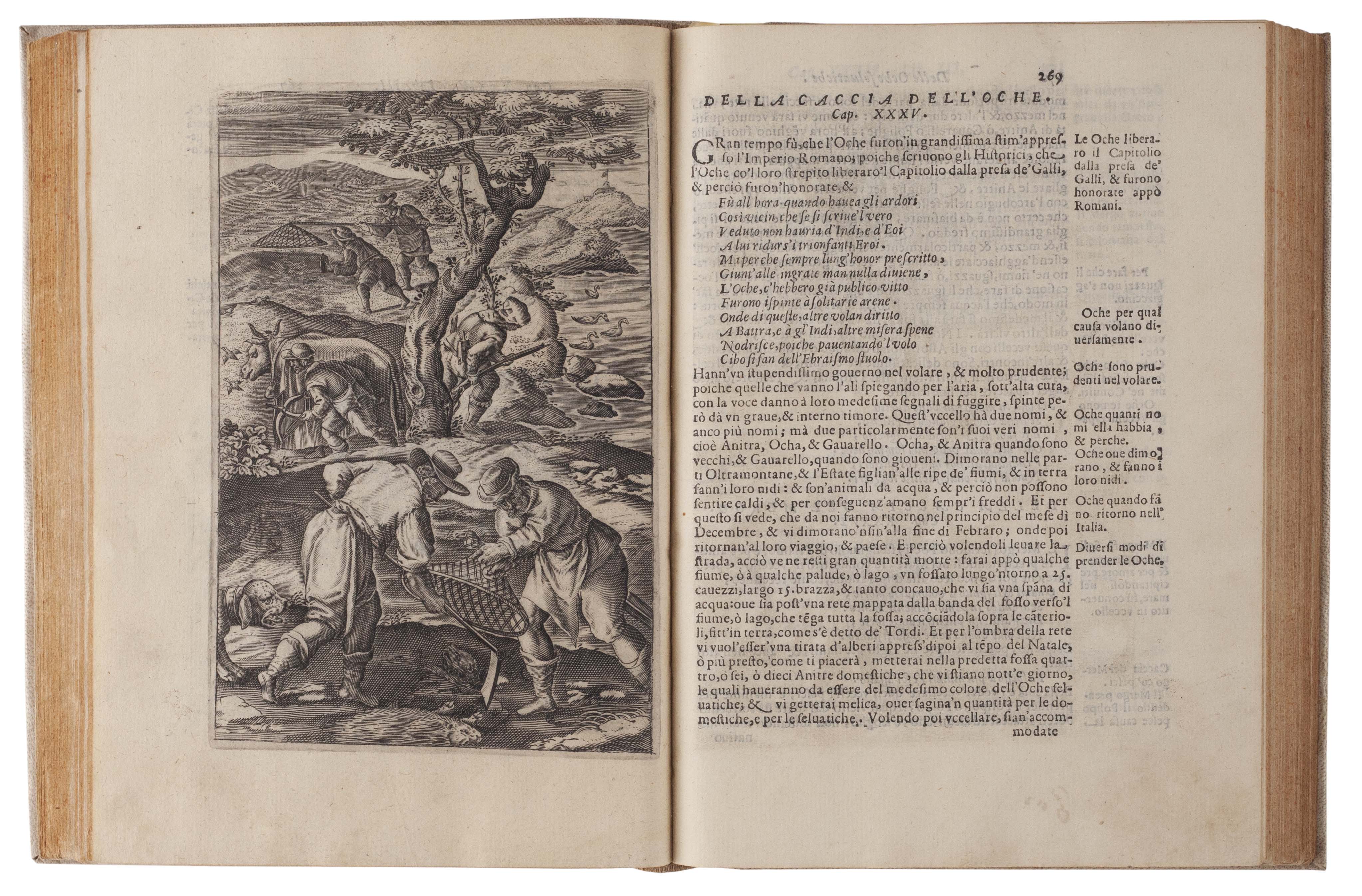 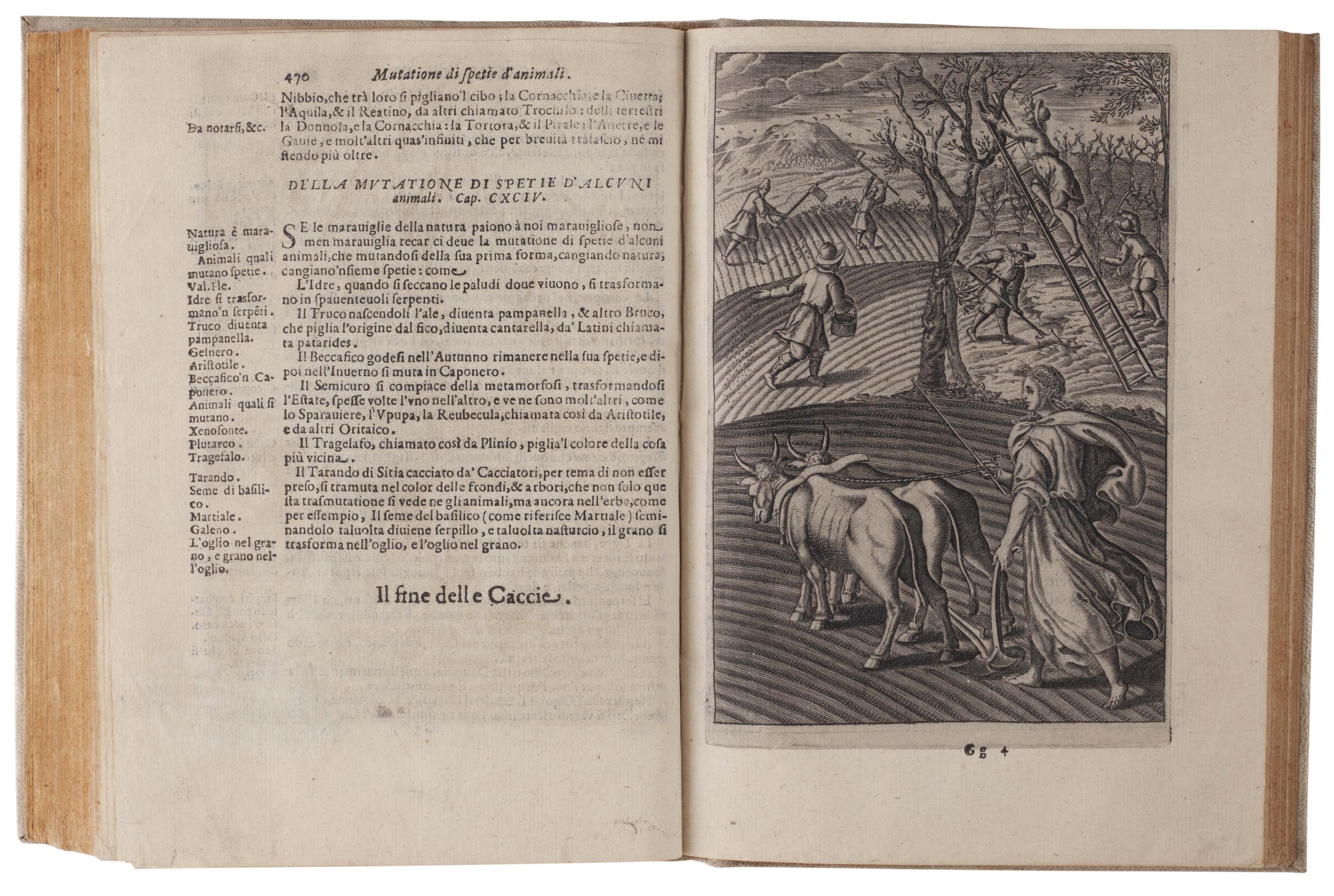 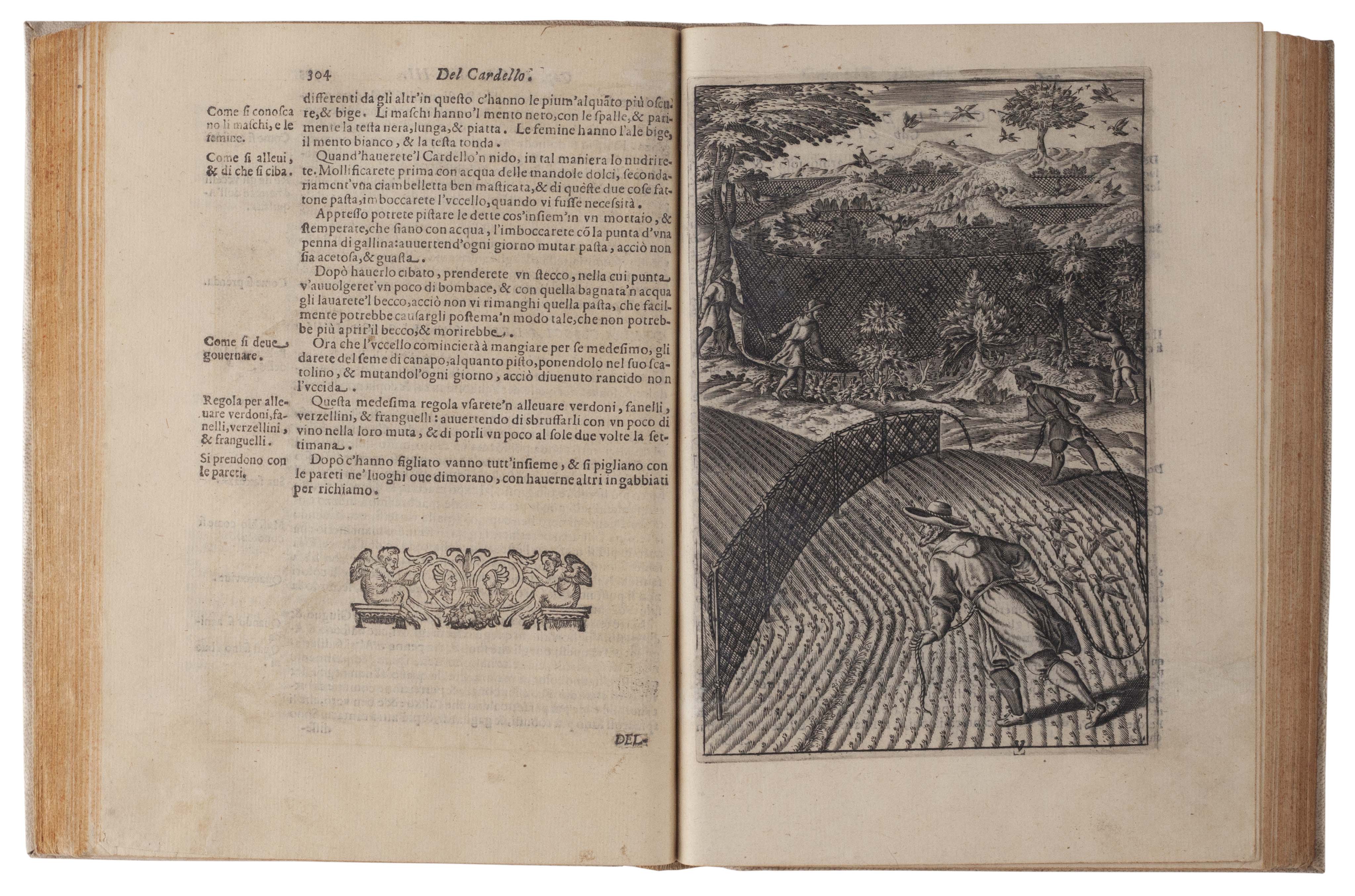 4to, pp. [52], 635, [1 (blank)]; title copper-engraved and 21 full-page copper-engravings printed in text (of which 8 duplicates); bound without bifolium a2.3 (dedication, see below); tear repaired to a4 (with no loss); a good copy very lightly washed, bound in early twentieth-century limp vellum, spine lettered in red and black ink.

Copies seem to exist in three states: with a four-page dedication to Prince Maurizio of Savoy, dated 20 May; with a two-page dedication to Fabrizio Caraffa, duke of Andria; and, as here, with neither. Westwood & Satchell note that ‘in some copies … the title-page is undated and the last page blank’: this is most likely the case in all copies, the comment perhaps arising from difficulty finding the imprint (located beneath the imprimatur on the last preliminary leaf).

First edition of this sumptuous production, published soon after the outbreak of the Spanish Civil War, remarkable for the quality and variety of Muirhead Bone’s drawings reproduced within it. This is number 56 of 265 copies, and is signed by the artist and by his wife Gertrude, author of the accompanying text, on p. [vii] of volume I. A separate portfolio containing two signed drypoint etchings was issued with each copy, but it is often missing and is not present here. 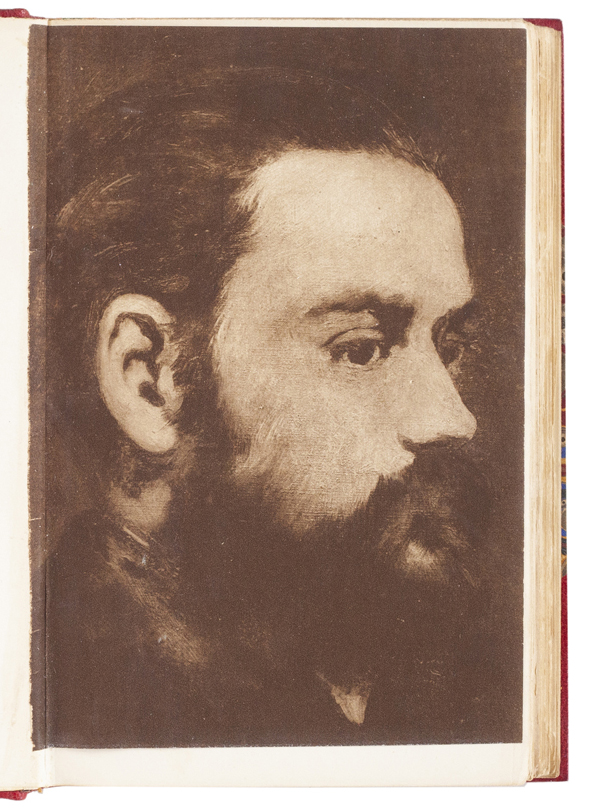